The Bob Prince Tent of the Circus Saints and Sinners club honored Pittsburgh Pirates legend Steve Blass as our 2019 Man of the Year on September 16th at the LeMont in Mt. Washington. The event drew nearly 300 members, guests and friends to benefit the Western Pennsylvania Chapter of the Cystic Fibrosis Foundation and the Brothers Brother Foundation.

The evening of fellowship and laughter began with a cocktail reception and live music as guests mingled, while the always stunning view of Pittsburgh served as the backdrop. The roast and toast included several Pittsburgh sports and media celebrities, including former Pirate Kent Tekulve

Steve was recognized for his long career as both a player and a broadcaster, and as a great ambassador for the game of baseball and the city of Pittsburgh. He joins a long and distinguished list of honorees, among them former Pirates president Frank Coonelly, and former player and Swissvale native Dick Groat, as well as Pittsburgh broadcast legends Bob Prince and Myron Cope. We’re sure The Gunner was proudly looking down from above! 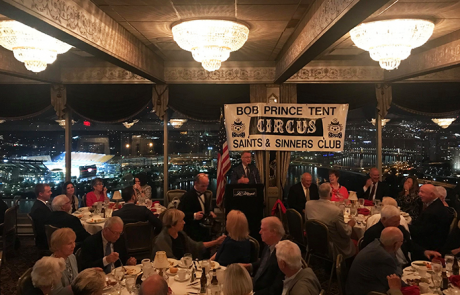 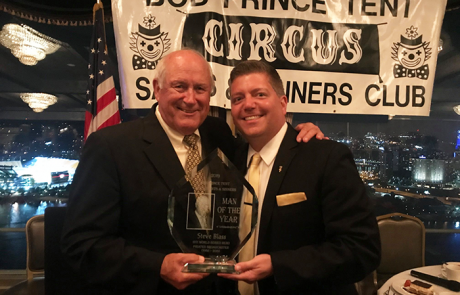 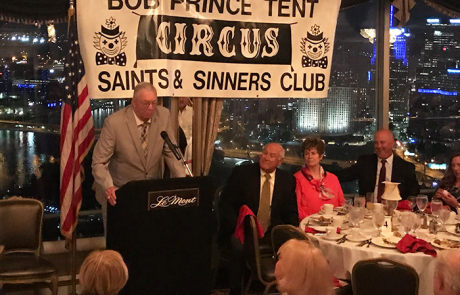